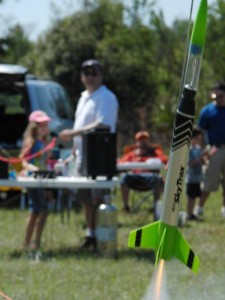 Welcome to OrlandoRocketry.com, a resource for those interested in model rockets and high-power rocketry in Central Florida.

In addition to the brief Introduction to Rocketry below, this site includes information on local rocketry clubs, other web sites with additional information about rocketry, and places to shop locally and online for rocketry-related products,

Hobby (or sport) rocketry is the exciting, safe, and education activity of building and flying rockets. The hobby is divided into two main divisions, Model Rocketry and High-Power Rocketry. 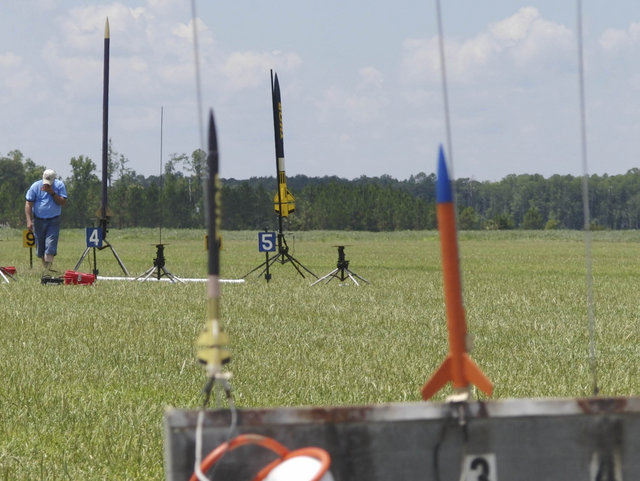 Model rockets are constructed of light-weight materials such as cardboard, plastic, and balsa wood. 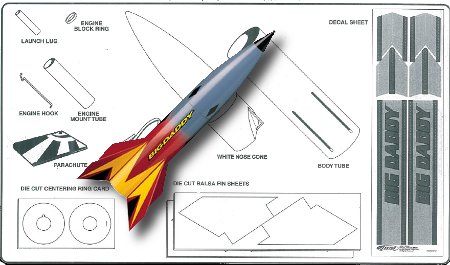 Model rockets are launched using small, commercially-made rocket motors (sometimes called engines).  Although each motor can only be used once, the rockets are reusable.  They usually return to earth under a parachute or streamer and can be flown again by replacing the used motor with a new one.

Most model rocket motors include a delay and ejection charge.  The delay allows the rocket to coast for a few seconds after the motor’s propellant has been exhausted. Then the ejection charge fires out of the top of the motor to cause the rocket’s parachute or streamer to deploy so that the rocket is returned to earth safely and without damage. 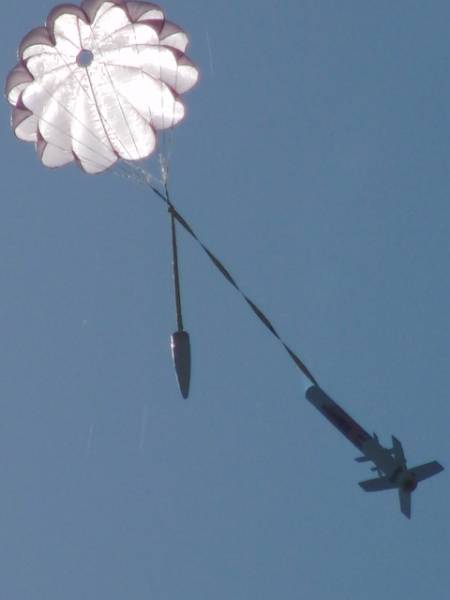 There are two good ways to begin.

One way to get started is to purchase a model rocket launch or starter set from a local store or online.

The second way to get started is to build a rocket kit, purchase motors and recovery wadding for it, then bring them with you to a local rocketry club launch. You can start with a launch or starter set, but most clubs have launch pads, so you buy and build a simple kit as your first rocket. For your first rocket, you’ll want something easy to build. Look for a kit labeled “Ready-To-Fly” or “Almost Ready to Fly” if you are more interested in quickly having a rocket ready to fly than building one. Look for a kit labeled Skill Level 1 if you would like to gain some experience building a model rocket kit.

Flying your rocket at a club launch has several advantages. You don’t have to worry about finding a large open area and getting permission to use it.  You get to meet others who build and fly rockets. You can ask questions that others will be happy to answer.  And, you get to watch the launch of many more rockets. High-power rockets are larger, more powerful rockets which are often constructed using stronger materials such as fiberglass and plywood.

These are the large rockets you may have seen on TV shows on the Discovery Channel and other cable networks. The TV shows often portray the flyers of these “large and dangerous rocket ships” as being wild and crazy. The reality is, however, that high-power rocketry has an outstanding record of safety because everyone involved is committed to following the rules to keep the hobby safe and legal. 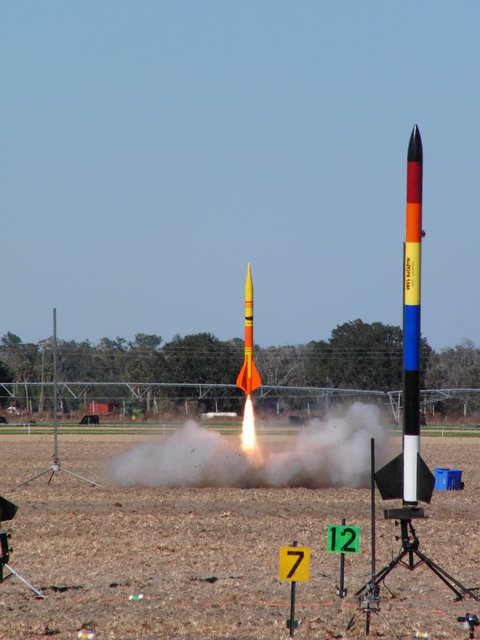 Most rocketeers flying high-power rockets use commercially-made motors. These motors, however, are usually reusable with just the propellant being replaced between flights.

Many high-power rockets use electronic altimeters to deploy the rocket’s parachute. Since these rockets may fly to altitudes of several thousand feet, most use a recovery method called “dual deployment.” At apogee, the highest point in the rocket’s flight, the altimeter fires an ejection charge to deploy a small parachute called a drogue.  The rocket falls quickly until the altimeter has determined that it has reached a specific altitude such as 700 feet. At that time, the altimeter sets off a second ejection charge to deploy a larger parachute which slowly lowers the rocket to the ground.  Because the rocket falls faster under the smaller drogue parachute, it drifts less, reducing the distance the rocketeer has to travel to recover the rocket.