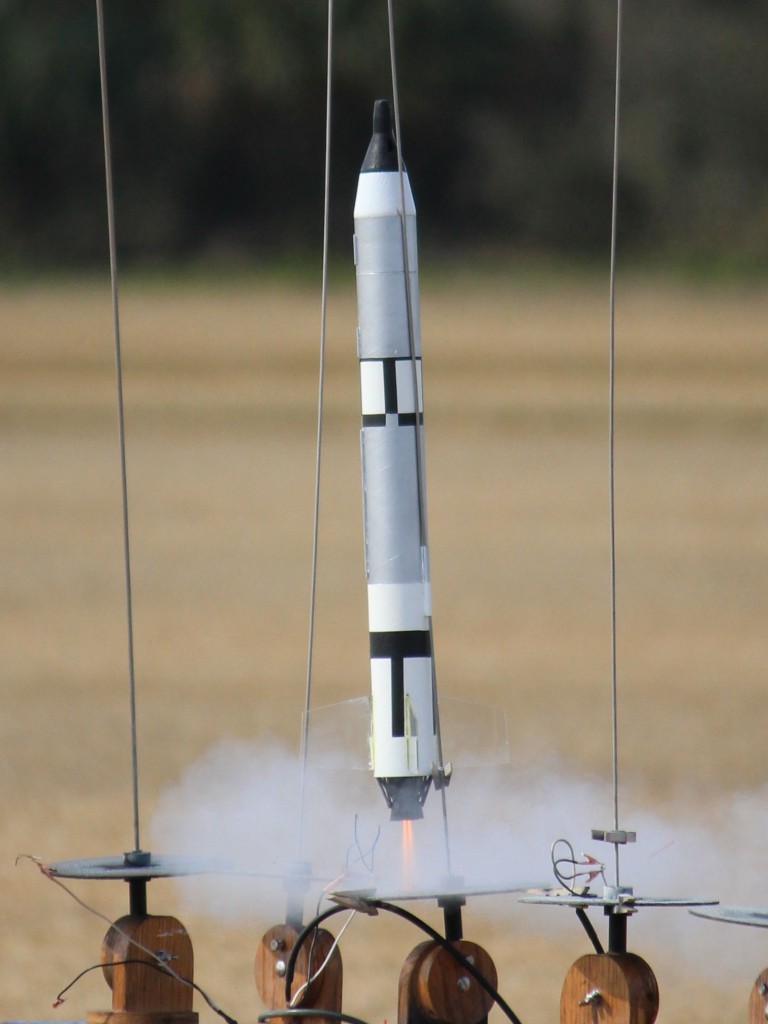 Some cool scale models flew from the low-power pads. 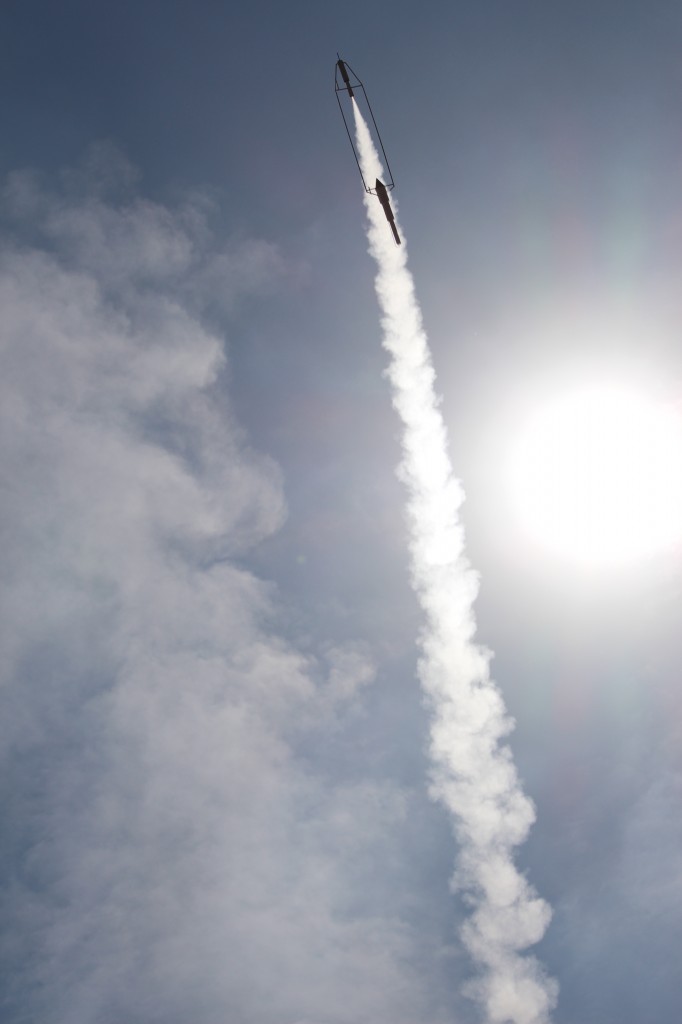 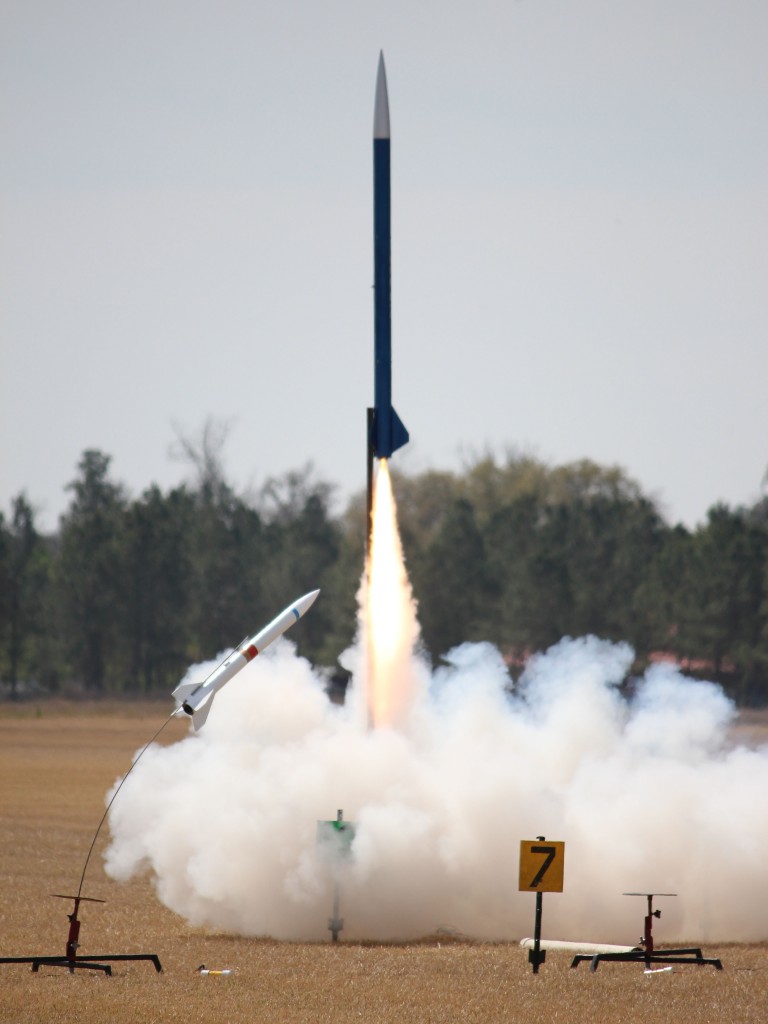 Out on the high-power pads, one rocket chuffed up the launch rod then stayed there as others were launched. 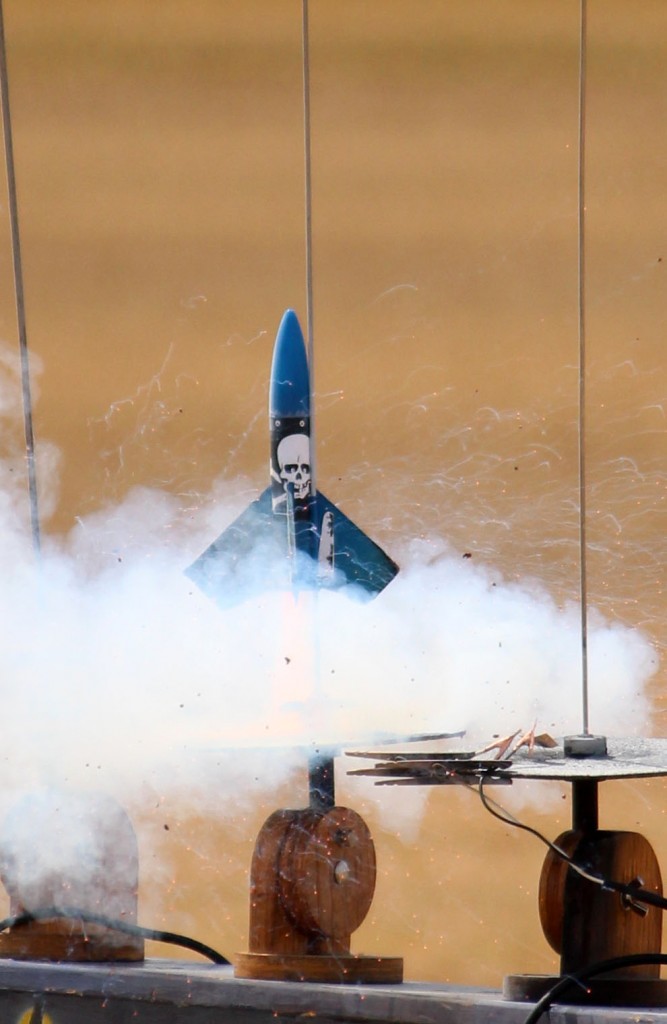 An Estes E9 provided some excitement when its nozzle failed. Fortunately, Fireman Steve and his can of Minute Maid soda were on hand to save the day.

Our Big Daddy Akavish also provided some undesired excitement.  Bracha and I flew it on a CTI K490 motor. 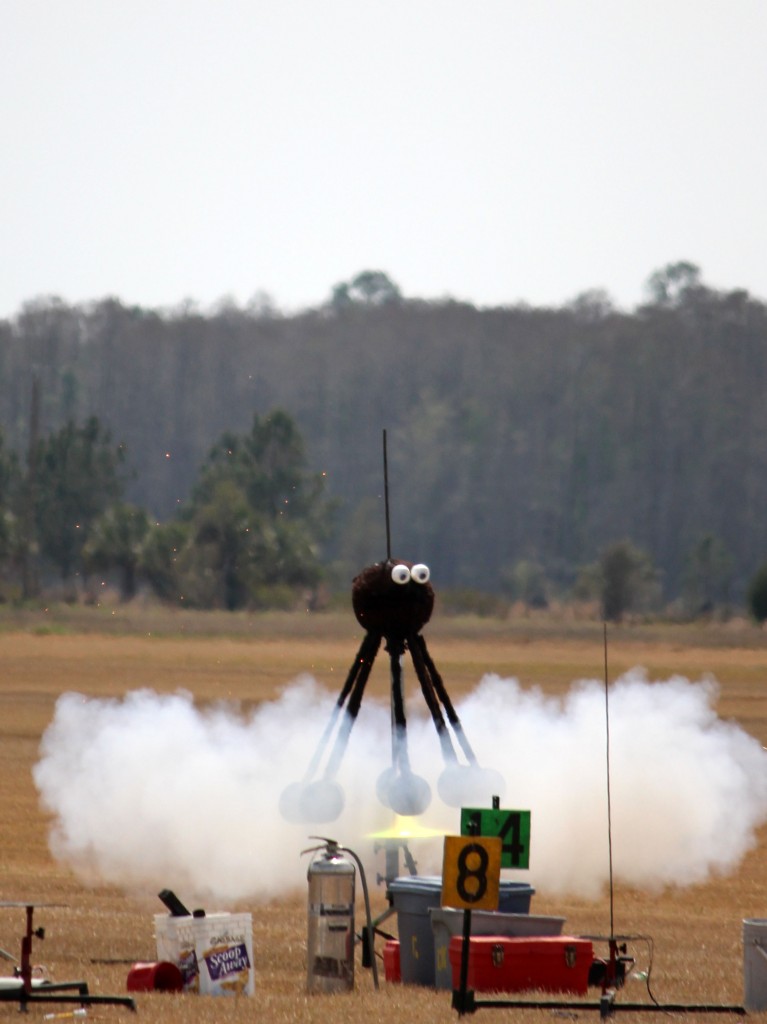 The lift off went well, but a few seconds later, the rocket took a sudden turn.  The altimeter deployed the parachute while the motor continued to burn.  The rocket made a hard, tragic landing.  Postmortem analysis showed a big hole in the side of the motor.

Additional photos from the launch can be viewed in the RocketReviews.com Photo Album.